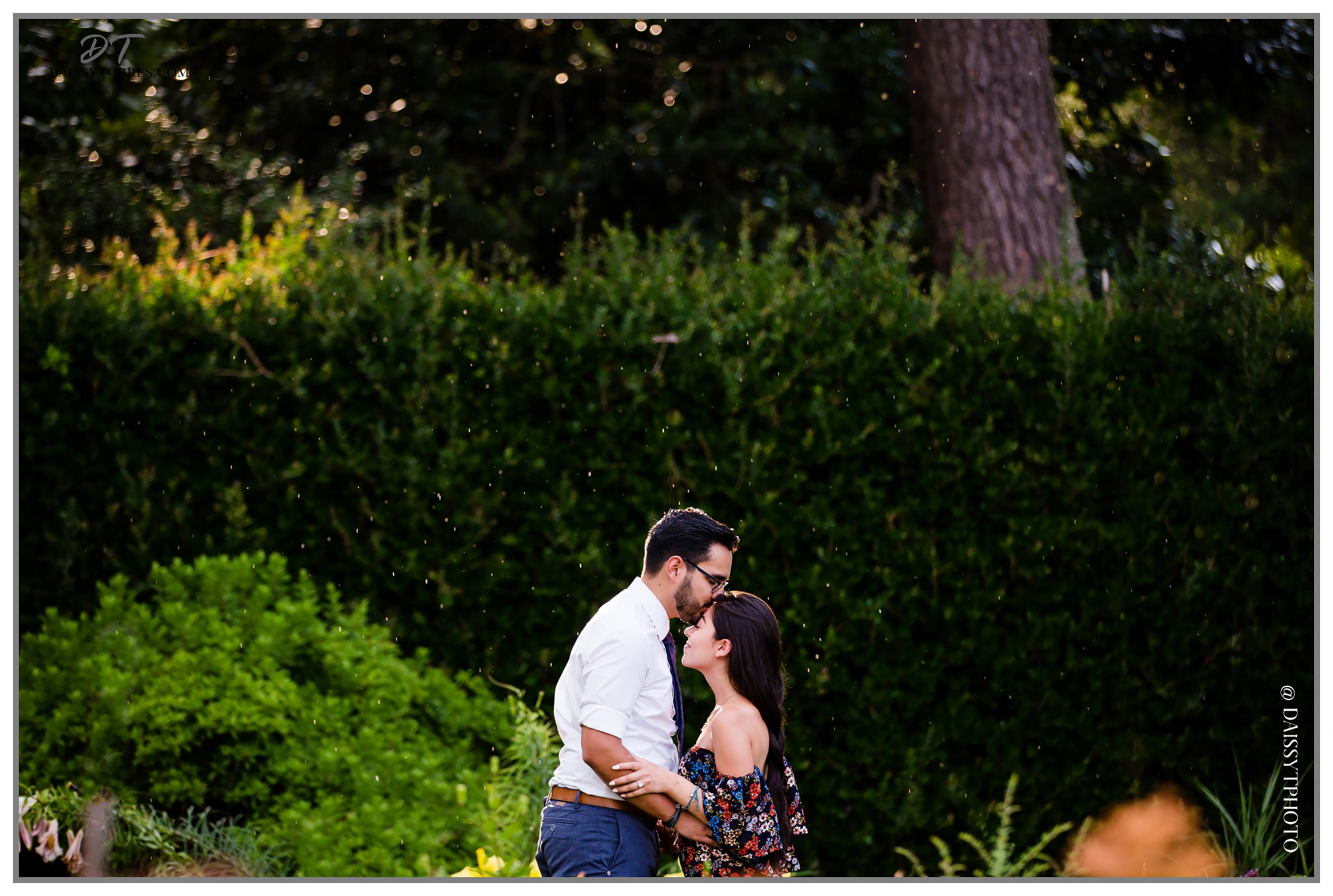 Wait until you see this Norfolk Botanical Garden Proposal!

Ricardo have been planning to propose to Selene for a while now. He had plans to propose during one of their Mexico trips but that didn’t turn out. They’ve dated for 10 years and currently have a long distance relationship. That meant that planning this from afar required the assistant of some family members, some secrets kept and a lot of patience. With the help of Selene’s sister, a month worth of planning and almost being caught twice, he reached out to me to capture this important moment. Since I don’t get the chance to witness this exciting time often, I was super excited to do it.

Ricardo chose to do his proposal at Norfolk Botanical Garden . He contemplated the Rose Garden and other areas nearby, making his final decision on the Perennial Garden. Thankfully, this area has the beautiful fountain and places to hide. As her family visits the NBG often, the excuse of a family picnic was planned.

Everything was planned. We arrived early to beat the traffic and talk details. And then, the gray clouds started to show up, followed by the sounds of thunder and finally a rain drops. It did look like this proposal was going to be a wash. Literally. We joked how this will make a great story for their children to listen. You know, that day Mom was late to her own surprised proposal and ended up being cancelled because it poured. But Ricardo, and I, were determined to make this happen! We even contemplated making it all The Notebook theme and have him propose under the rain. Thankfully, that didn’t happen because by the time Selene arrived, the clouds were moving and the air cooled.

The moment of truth

Ricardo placed a large bouquet of flowers by the fountain hoping she would see it and read the note attached. But Selene was taking her sweet time; she walked around and last of her family, she stopped to take pictures of her little sister. The poor Ricardo tried to hide so she wouldn’t see him which made him even more nervous. He was in town without her knowing so if she spotted him, the plan was ruined.

Finally, Selene arrived to the fountain area after strolling. Meanwhile, I was trying my best to look like I belong there. Huge lens and all, I photographed the plants and flowers near by.

As she walked towards the flowers, she later confessed how she thought it was a “memorial”. She truly thought someone had died and the flowers were for them! With a closer look, she realized the note with her name. She glanced at me and I thought, “yikes, I messed up”; but since she grabbed the letter read it, paying no mind to me. I was relieved. Don’t worry, she thought I was there just photographing the landscape.

He is finally engaged!

As soon as she picks it up and start reading, Ricardo walked behind her and she smiles. Now, he was supposed to do this grand speech and then go on one knee and propose. All plans went with the rain as he was so nervous, he went straight into hugging her and then one knee.

I can’t tell you if he actually asked and much less if she answered with a “yes”. She was in shock, couldn’t stop smiling at her family and staring at Ricardo. Her family knew and approved and we had, after all, a successful proposal since she didn’t run away. Ricardo and I were so happy! After all the planning and near missed experiences he is finally engaged!

Here’s to Ricardo and Selene! You were amazing from start to finish! I am certain the next 10, 20, 50 years will be as beautiful as the past.

Want to see another Norfolk Botanical Garden Session? Click Below:

Mention seeing Selene & Ricardo’s and save $200 off your own!