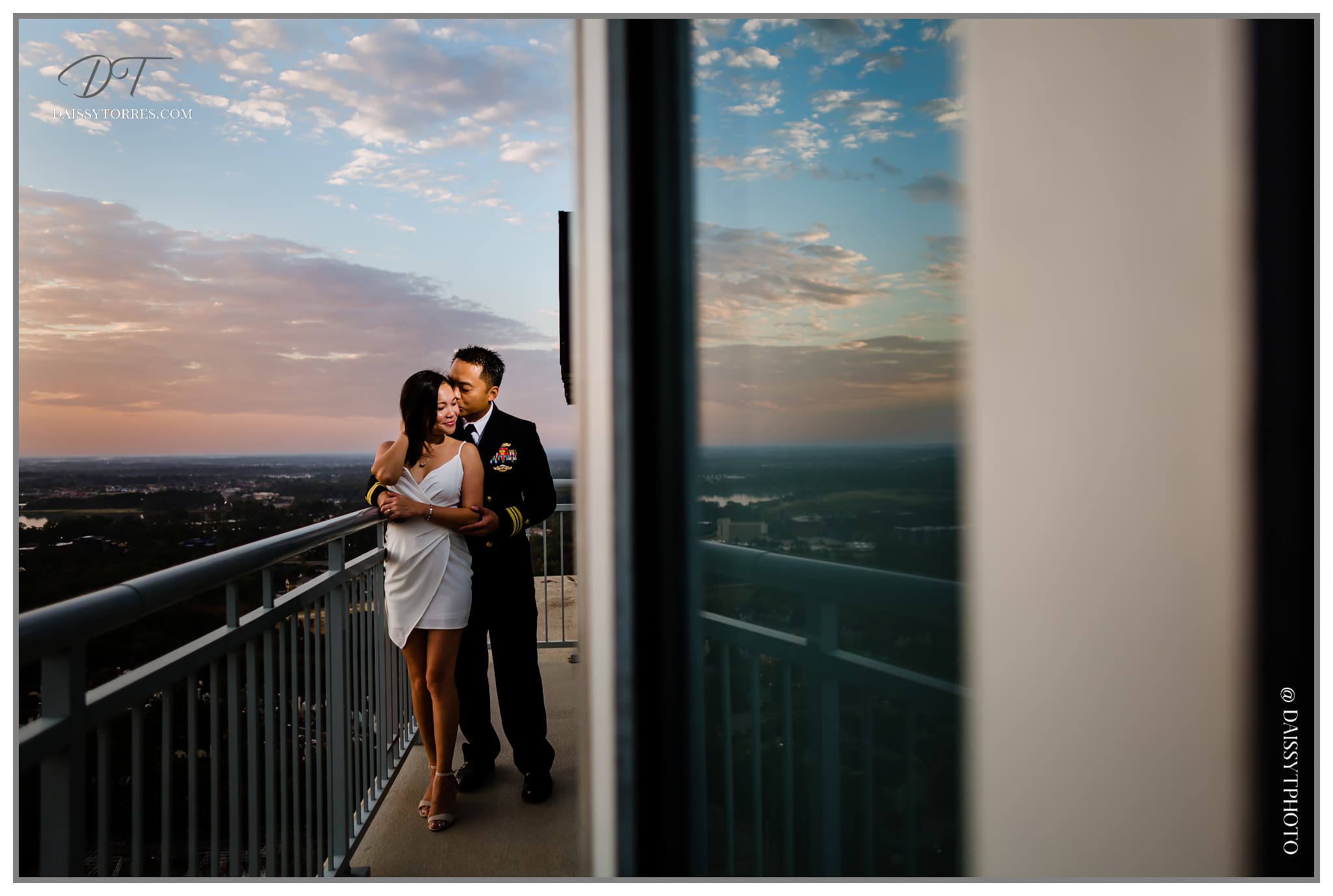 I like to sleep. I won’t lie! So when Julea and Josh decided to have their Town Center Engagement Session during sunrise, I was less than thrilled. Waking up at 5 am in the morning for a session, is not my idea of fun. haha

But, once I arrived and saw the view and the sunshine; I was sold! Julea and Josh live in the Westin Building and have access to the top so it was surely an experience to photograph on such a small balcony with the sunrise peaking.

Town Center can get quite crowded so going in so early in the morning, allowed us to have the whole area to ourselves. We walked around and being that Julea is a photographer herself, it was super easy to get quick and fun photos throughout the center.

They were neighbors! All the way back in 2015, they met in Town Center while being neighbors in The Cosmopolitan building. First, came the distant hellos, followed by some friendship that flourished into love.

With a proper under the rain proposal in the Wisconsin, Josh asked Julea to be his wife and now we will have a big party at the Lesner Inn in September of next year. You know Lesner Inn Weddings always bring a smile to my face, so stay tuned for those beautiful pictures!